Evolution of Coworking Office Space: From Working Alone to Working Together - WorkWings

Evolution of Coworking Office Space: From Working Alone to Working Together

HomeBlogEvolution of Coworking Office Space: From... 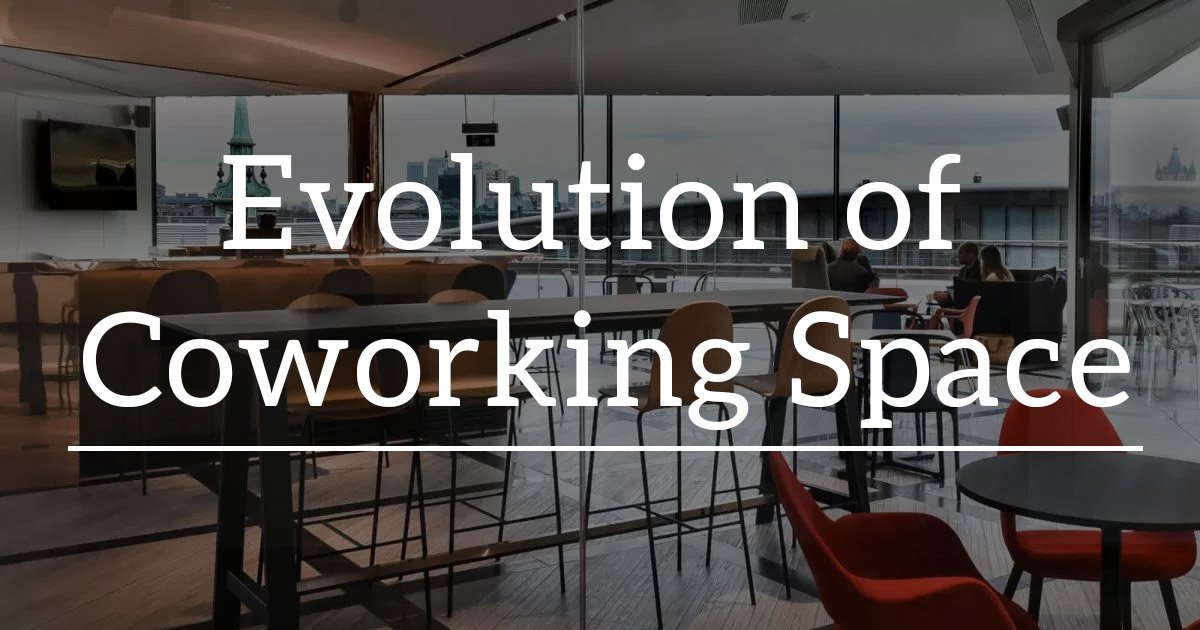 Coworking office space comprised of people working independently, but together. These spaces are the centers where employees share the same roof but do not necessarily share the same boss. These are workplaces but they do not belong to one company.

The foundation of coworking is laid by shared renting or mutual lease. Renting or Hiring has also contributed to the growth and development of the concept. During the last few decades, numerous property owners and management companies have brought multiple tenants in the same premise due to the lack of occupants looking out for larger spaces. As per the experts, either these large spaces were segregated or several lessees were moved in the same space with separated cubicles and segregated zones. Certainly, this must have laid the foundation for the origin of the coworking concept, that we know it today.

With the passage of time and the growth in the number of entrepreneurs, Coworking spaces have become a popular concept and have now become the growth center of the startup ecosystem. Coworking spaces have become a great place for gaining productivity and work-life balance and even helped entrepreneurs, startups, and freelancers feel more confident and innovative with other like-minded people.

1995: The year marks the beginning of the concept with the introduction of the hackerspaces in Berlin, Germany.

1999: This is the year when the term “coworking” was first coined by DeKoven as a way to recognize a method that would expedite the cooperative work and business meetings organized by computers.

2005: Hat Factory- the first official “coworking space” has unlocked its doors in San Francisco by programmer Brad Neuberg as a response to “unsocial” business centers and the unproductive work-life at a home office.

2006: The year marks the birth of The Coworking Wiki- a website that went live as the center for the coworking movement.

2007: The term “coworking” was observed as a trend on Google’s database for the first time. Since then, the volume of the search queries for “coworking” has increased manifold in comparison to other queries. The term quickly gained popularity across mainstream media, in the US and other countries.

2008: During the South By Southwest festival (SXSW) in Austin, Texas, the first unofficial coworking meetings took place. By the end of the year, there are about 160 coworking spaces operating worldwide.

2009: The first book on coworking “I’m Outta Here! How coworking is making the office obsolete” got published. The book is the story of people & places that started the workplace revolution in the US.

2012: The number of the coworking has increased to more than 2000, which is found worldwide.

2016: Surveys show that nearly 10,100 coworking spaces are functioning all over the globe, giving a home and community to approximately 735,000 individuals.

It has been anticipated that by 2020, more than 40% of the American workforce will constitute freelancers, entrepreneurs, independent contractors etc.

Demand for Coworking space by would-be new members is continuously increasing, and most existing spaces have plans in place for growth. Co-working business models are changing by aiming specific markets through niche proposals from extra luxury to creative co-living. People are now searching for international collaborative, artistic hubs that give them right of entry to a network of like-minded people As predicted, the future workplace will no longer be 9 to 6 – it will be flexible, temporary, and will operate more like a 24*7.

So, what do you think, will the demand for shared spaces soon exceed that of the traditional office or not? Do let us know? Write in the comment box below.